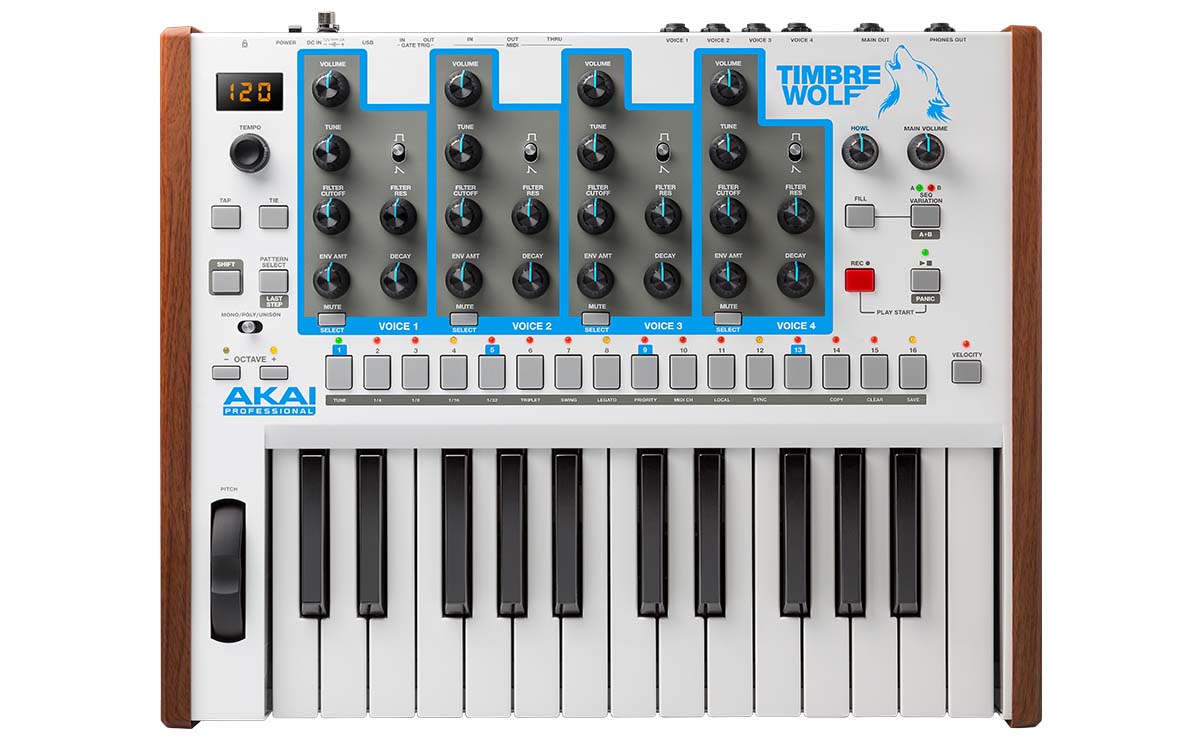 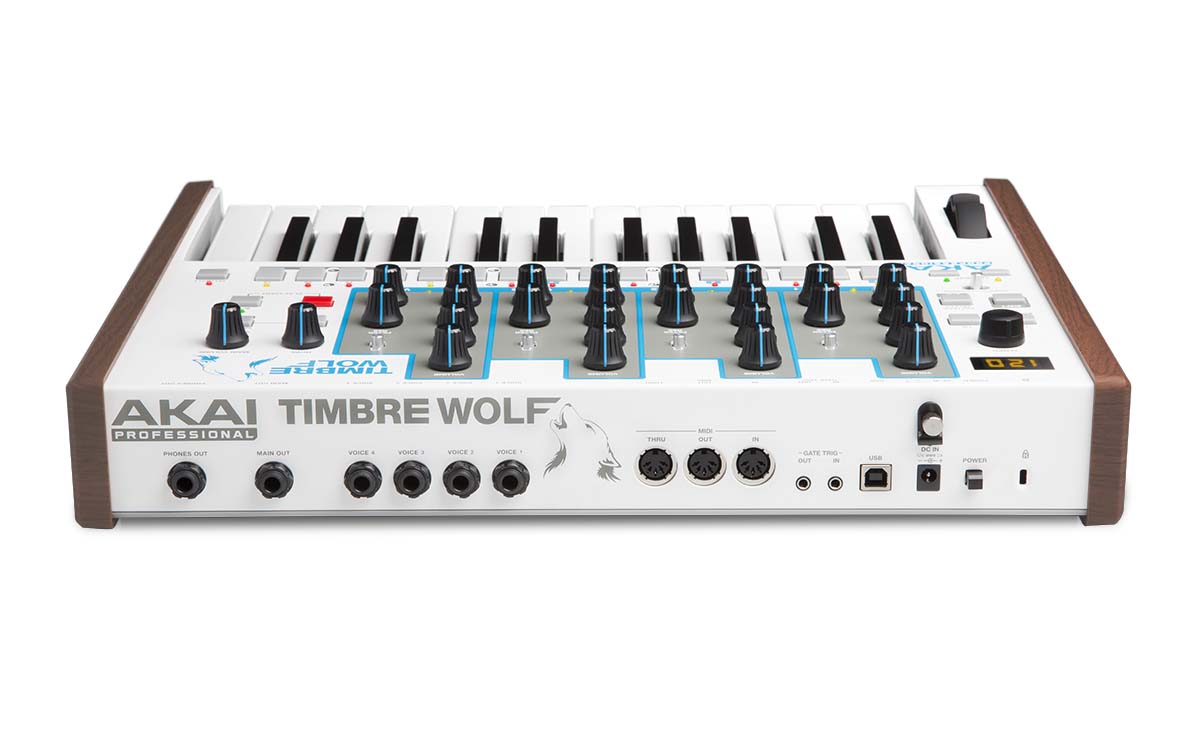 A FRESH APPROACH TO ANALOG

The Timbre Wolf is a polyphonic 4-voice analog synth with a novel approach to how the voices interact. Featuring a single VCA – either square or saw – each voice is run through a 4-pole low-pass filter with resonance. The filter for each voice is modulated by an envelope, which can be shaped by dedicated decay and envelope amount knobs.

The aforementioned classic parameters can be tweaked to quickly dial up fat, great-sounding analog but there’s much more under the hood once you get beyond the basics. Individual voices can be tuned slightly or radically different from each other and played independently, performed polyphonically in a “round robin” style or in unison, where all four play at once. With individual outs for each voice, the potential for all sorts of creative routing and mixing is unleashed.

A NOVEL APPROACH TO SEQUENCING

Not only can the sound be customized to taste, but so can the way each voice is sequenced and played back. All four voices have their own 32-step dedicated sequencer with A/B and fill variation. The sequencer features 4 tracks in total. Each of the sequence tracks send their notes via MIDI, meaning if you’re using the sequence in poly mode, you can have track 1 send its notes to the Timbre Wolf and use tracks 2-4 to control other synths, keyboards, drum machines, etc.

Configurable as 4 mono synths, a 4-voice unison or a 4-voice polysynth, Timbre Wolf bares a beastly sound and features a high quality 25-key custom keybed. An LED display and Octave ± controls gives you visual command of your sound and amazing flexibility.

For the uninitiated, Timbre Wolf is a great-sounding, affordable and easy-to-grasp entry into the world of analog synthesis. For you knob tweakers, this synth represents the coupling of a world-class sequencer with endless amounts of sonic variation that sounds as great as it looks.