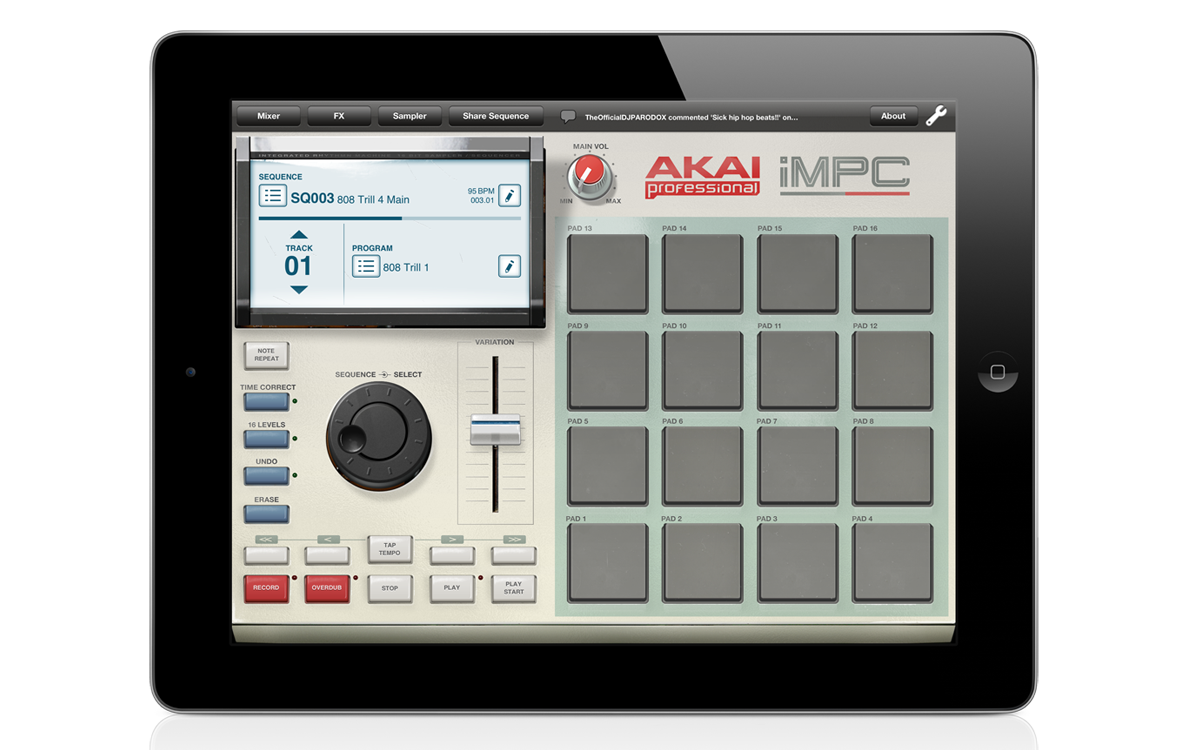 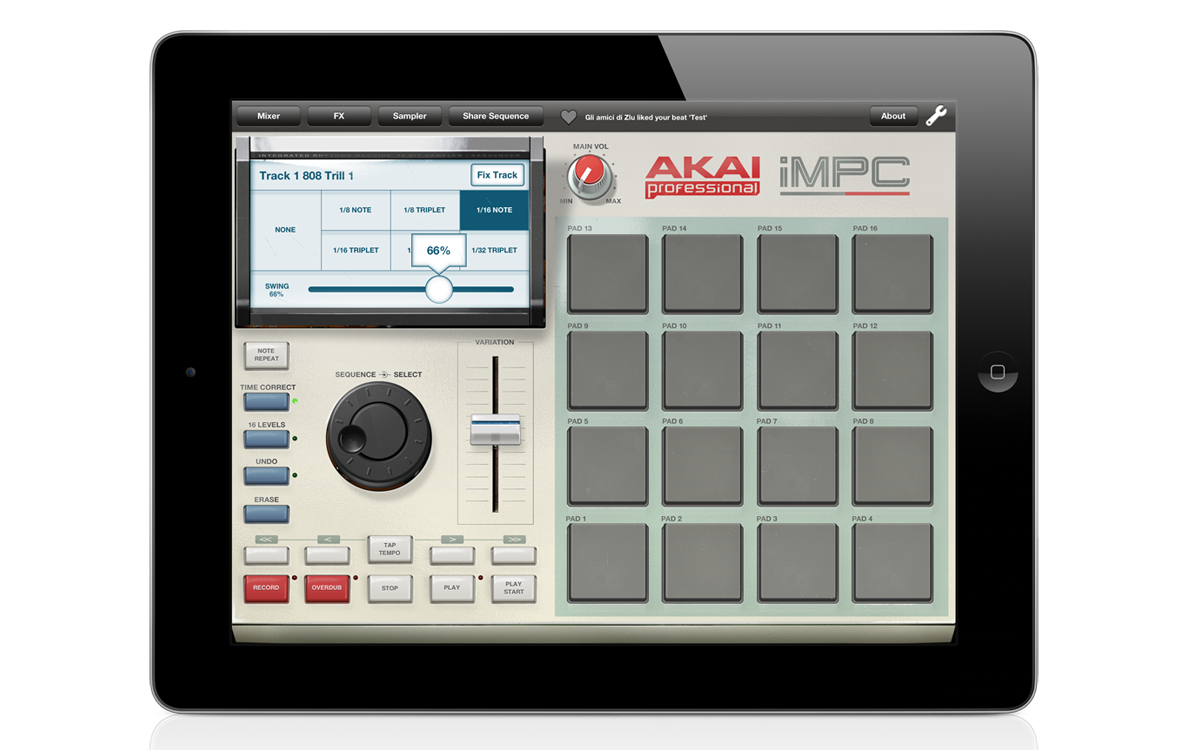 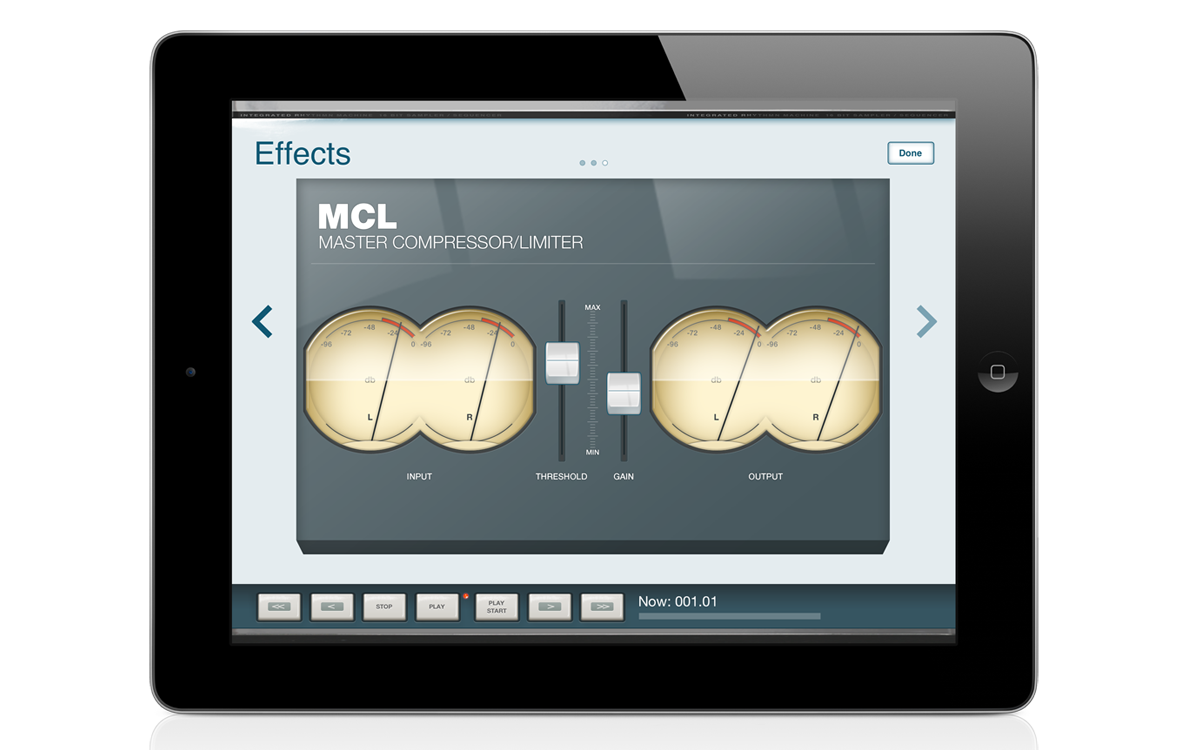 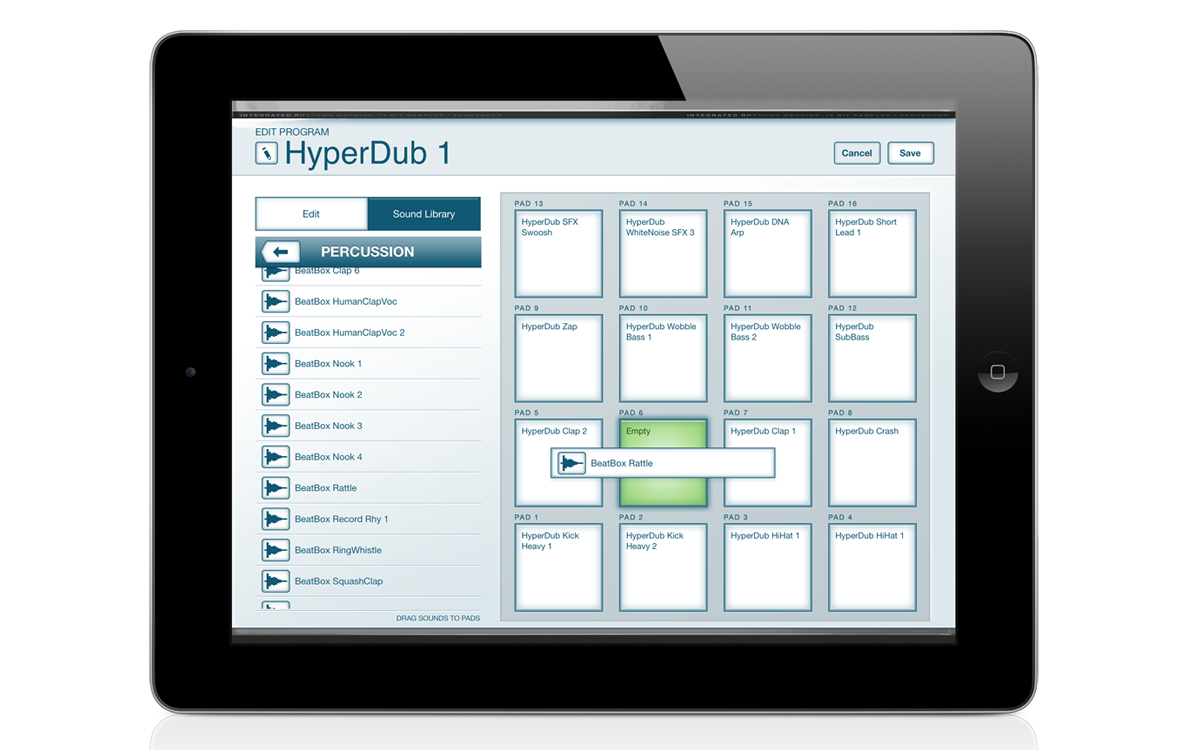 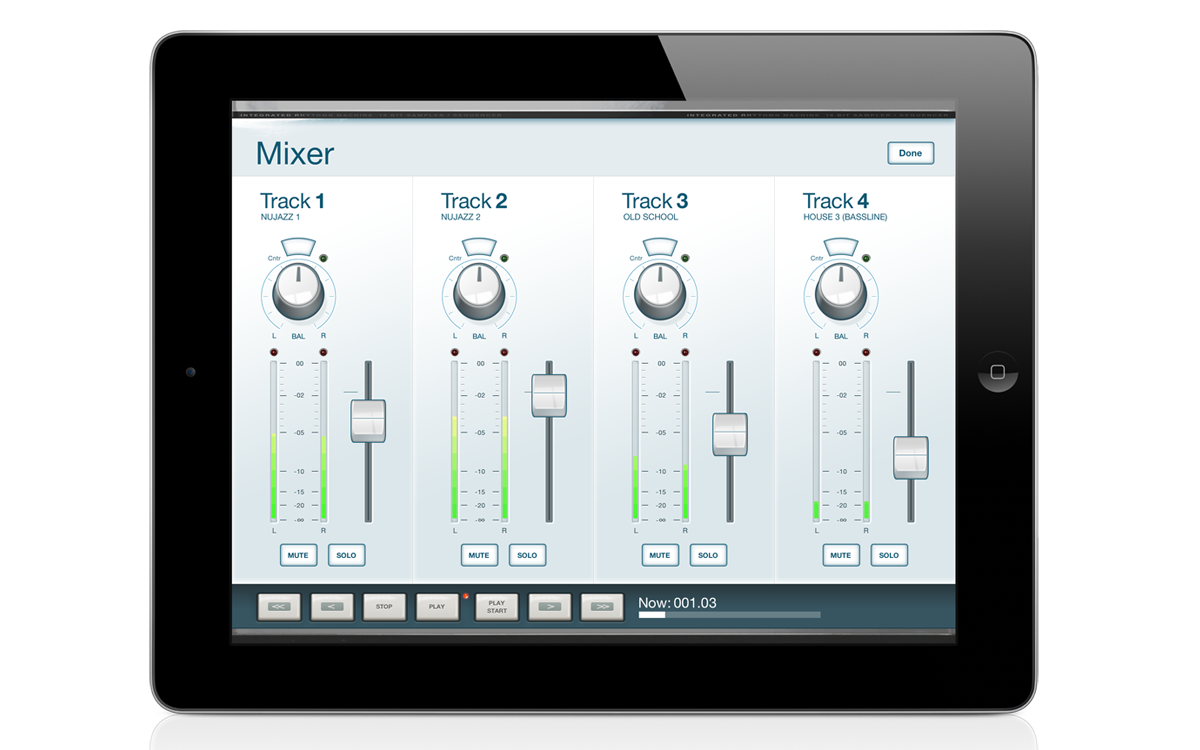 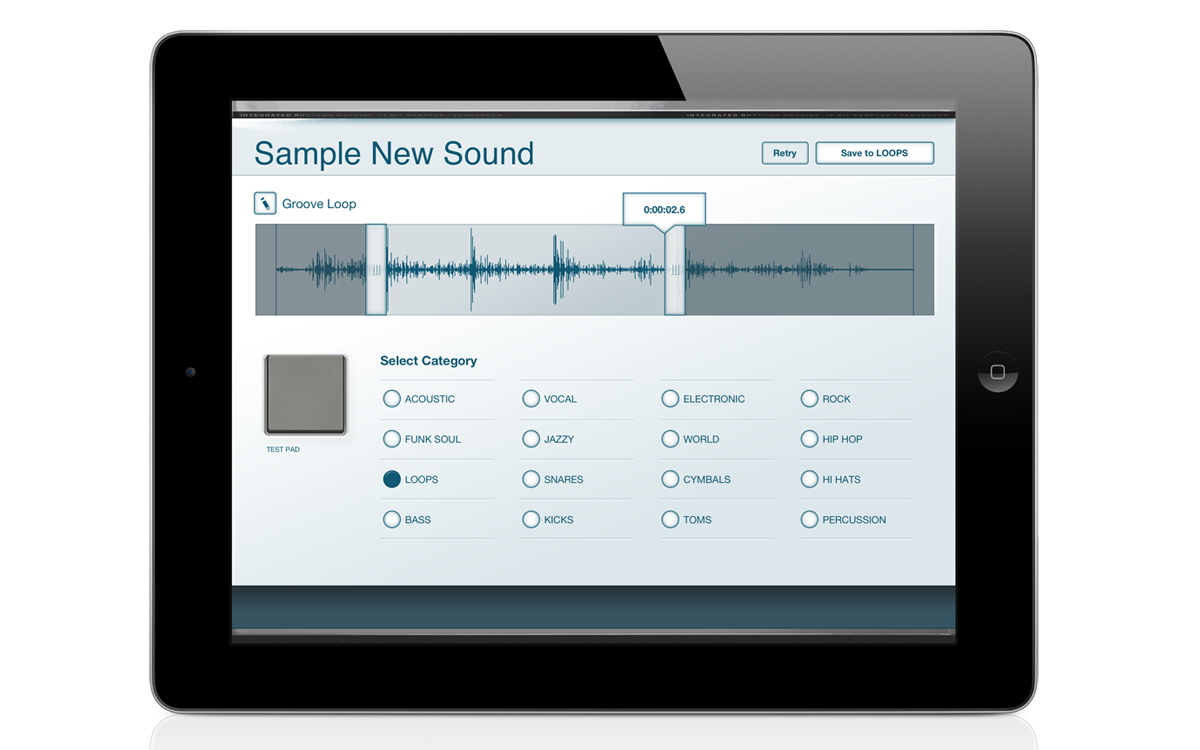 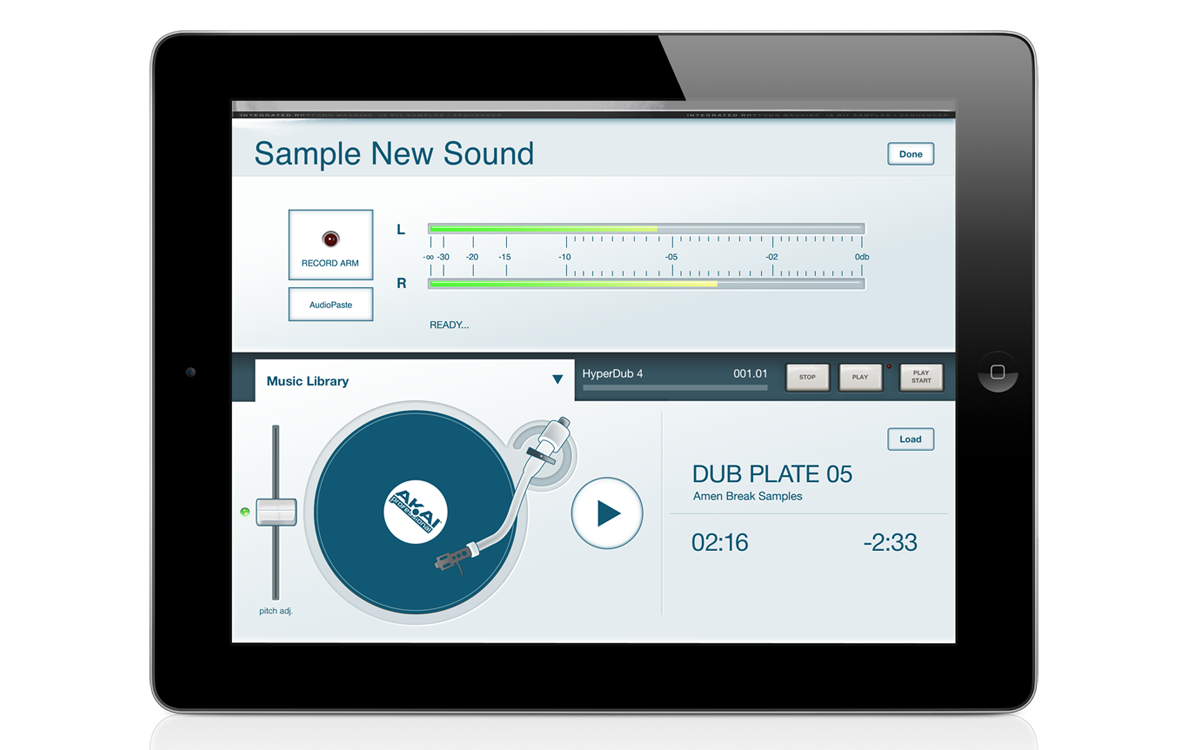 Turn your iPad into an MPC. With more than 1,200 samples, 50 editable programs, 80 editable sequences, and iconic MPC workflow, iMPC is the first app to bring all the functionality of a classic Akai Pro MPC to your iPad. Developed in partnership with Retronyms, iMPC includes everything you need to create a beat quickly and easily, including built-in effects, plus the ability to create new sequences and record and overdub beats. Time correction from 1/8 note to 1/32T with variable swing, and Note Repeat from 1/8 note to 1/32T with latch control are also built in. The app’s built-in sampler can record samples three different ways: using the mic on the iPad, using the line input on the iPad, or using the multi-touch turntable interface in iMPC to record samples directly from iTunes or other music libraries.

iMPC is now opened up to the world of iOS, so you can sample directly from your other music apps. This update adds support for the new inter-app audio protocol in iOS 7. Inter-app audio allows you to route audio and control data between apps on your device. Use iMPC's sampler and inter-app audio to record new sounds from compatible apps for use in your programs.

Now it’s easier than ever to copy and paste sounds to and from your favorite apps. AudioCopy makes it easy to paste sounds from compatible apps. Updated for compatibility with iOS 7, AudioCopy 2.0  also includes an updated UI and other improvements. Get more info at retronyms.com/audiocopy/